Internet Service Providers! How COVID-19 is affecting | Insideup Skip to the content
Home 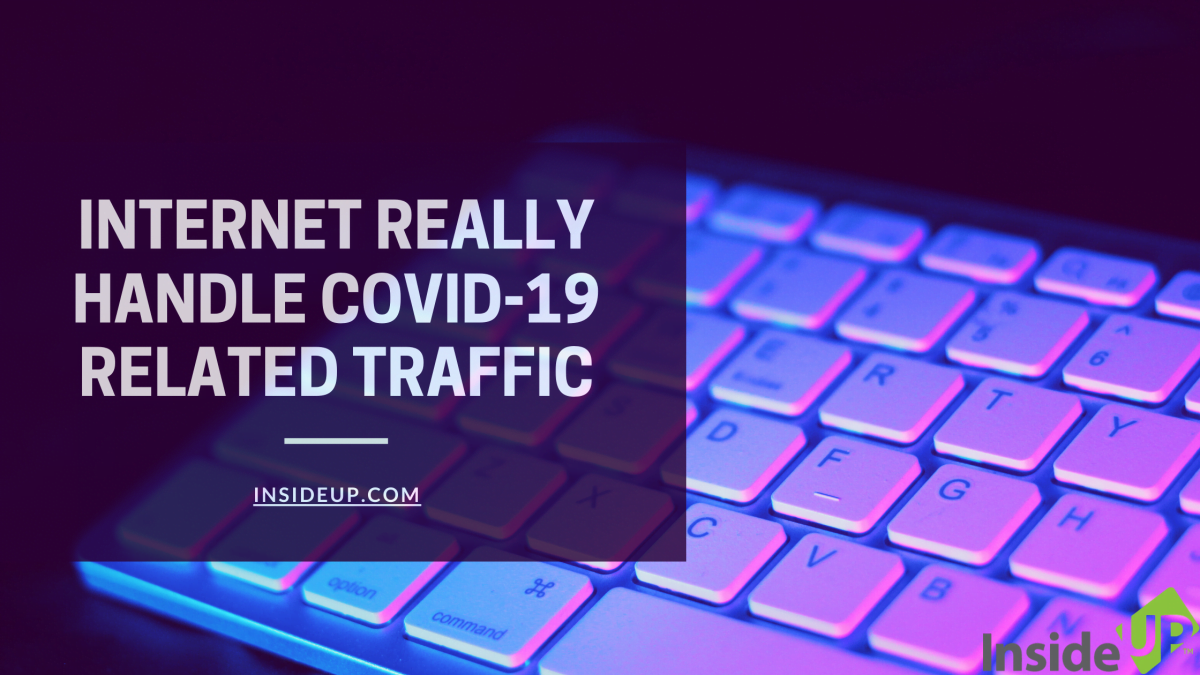 All around the world, people have been quarantining and working from home because of the on-going Covid-19 pandemic. If you are regularly accessing the internet, like many others, you may have noticed some technical glitches here and there. Maybe the video you watched on YouTube seemed grainier than normal, or maybe your co-worker’s face froze during a video meeting over Zoom.  All these online scenarios may seem like tell-tale signs that the collective internet service providers business around the world will struggle to keep up with the sudden surge of internet usage from millions of homebound internet users. By design, however, while the primary public internet working infrastructure, on which most of our digital life depends, has been bending recently – it’s not breaking.

Yes, there has been a huge rise in internet traffic over the past few months. Some US carriers are publicly reporting increases of 30% in data transmission volumes per day.  Before the pandemic really hit, internet traffic was still rising, although on a smaller scale. As countries around the globe have embraced a more digital life, the internet backbone expanded to meet those demands.

Now, with imposed lockdowns, people are stuck doing everything from home, and most of it is online. They are playing the latest video games instead of catching a movie at the local cinema, showing up for online classes instead of attending school, conducting video calls instead of visiting friends of holding family celebrations in person, and watching press conferences instead of listening to the radio in their cars. or just simply utilizing the internet all day long. Even though people are surely running or walking outside a part of each day, for the most part, they are simply utilizing the internet all day long.  All that bandwidth consumption eventually has to add up, correct?

But according to business network system experts, the internet itself is flexible enough to adapt and manage these huge spikes in traffic, even if they persist as humanity largely shelters-in-place for many months. There’s a myth about how the original internet was built by the U.S. Defense Advanced Research Projects Agency (DARPA) to survive a nuclear war. Whether or not that’s true, the fact remains that it will take a lot more than a few million more YouTube streaming and Zoom meetings to bring down the internet.The internet is highly resilient, reliable and robust because business network and internet connections were originally structured to adapt to demand volatility and scale as required.

The applications and platforms that run on the internet, however, have been less robustly tested. There are some consumer-oriented online platforms and applications, for example, that depend so strongly on the public internet infrastructure that they could become a bit more unstable as demand peaks. This is surely why, after recently reviewing their own network performance monitoring information, companies like YouTube and Netflix have decreased the resolution quality of their video streaming services.

Meanwhile, on the business front, SD-WAN solutions in the cloud and a huge network of virtualized machines are keeping websites and cloud-based apps running smoothly. The data processing running in the background is designed to handle all of this new traffic rather well. For example, Public Cloud vendors, such as Amazon Web Services (AWS) and Microsoft Azure, are adequately provisioned to absorb many new customers. AWS, in particular, is one of the largest cloud computing companies in the world and, much like the internet itself, is structured to scale its capacity according to growing demand. In case there’s a surge in traffic, it is able to bring up additional servers to increase in its processing power and data storage to accommodate the growing demand. It is also able to run its operations remotely and substantially automatically.  The days of the “lights out” data center could not have arrived at a more opportune time.

Get InDemand Newsletter with new articles on a monthly basis. No spam, guaranteed.

Request Demo
At InsideUp, our clients augment their in-house demand generation campaigns by partnering with us to build large sales pipelines. InsideUp has assisted hundreds of thousands of business professionals to select better technology solutions.